…question, the first word out of Pete’s mouth was “repetition” — meaning the repetition that comes with practice and translates to “vital ease” in performance. He spoke of the rigor and discipline involved in mastering the piano, talked about the pleasure he took from getting to share the stage with professional musicians, and confessed how much he enjoyed the diversity of people, ideas, and lifestyles he encountered and to which he was exposed. I’d found online photos of Pete playing Gershwin’s Rhapsody in Blue in a benefit concert with the South Bend Symphony Orchestra — no mean feat in and of itself, especially since he was, as we say in the theatre, “off book” (i.e., fully memorized), and video of Pete accompanying Ben Harper in a pops concert, also benefiting the SBSO and in which he seemed to epitomize what I think of as “Midwestern cool.” It was rumored that Ben, not knowing how skilled Pete was on the keyboard, had encouraged him to turn down the volume on his mic, only to be surprised and impressed by Pete’s mastery. 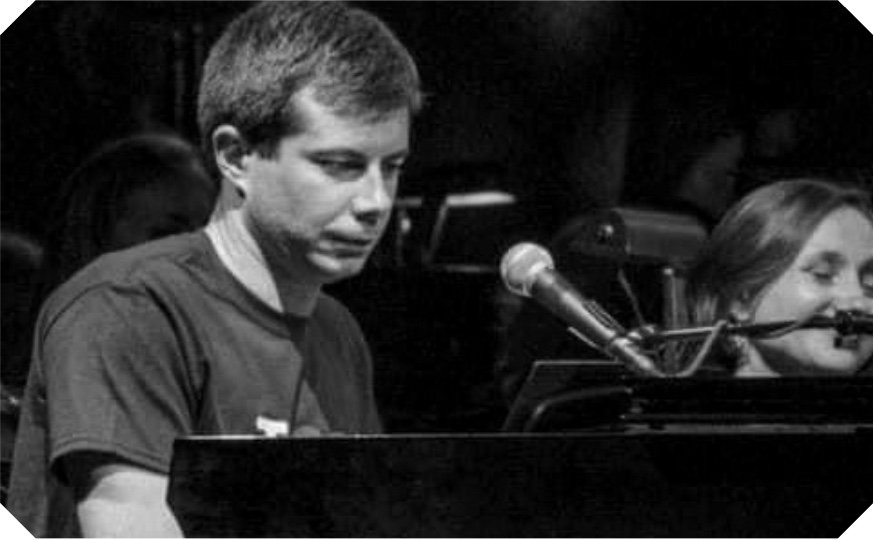 Presidential focus and concentration: Pete at the keyboard

In Shortest Way Home, Pete describes Rhapsody in Blue as “a rollicking ecstasy of jazzy piano” and as “the most American piece of orchestral music ever written.”

Being accustomed to politicians who don’t dig much deeper than God Bless America or Sousa marches to find examples of their favorite music by classic American composers, this was a refreshing observation, to say the least.

Pete goes on to recount the work he put in preparing for his concert performance, and how daily practice was not just a must, but an obsession. He writes about a famous pianist (as Pete mentions, the Internet doesn’t agree which one) who once said, “If I miss one day of practice, I notice it. If I miss two days, the critics notice it. If I miss three days, the audience notices it.” That became his mantra during his six months of pre-concert preparation. He made rehearsal opportunities every day, even when traveling, practicing wherever he found himself — empty hotel ballrooms; a deserted bar at O’Hare airport, sitting on his roll-aboard luggage because the cordoned-off piano had no bench; any available space with a keyboard. Time permitting, he dashed home between return flights to South Bend and mayoral obligations there to squeeze in sessions with his piano coach, Edisher Savitski, a star graduate student in South Bend’s Indiana University campus music program. 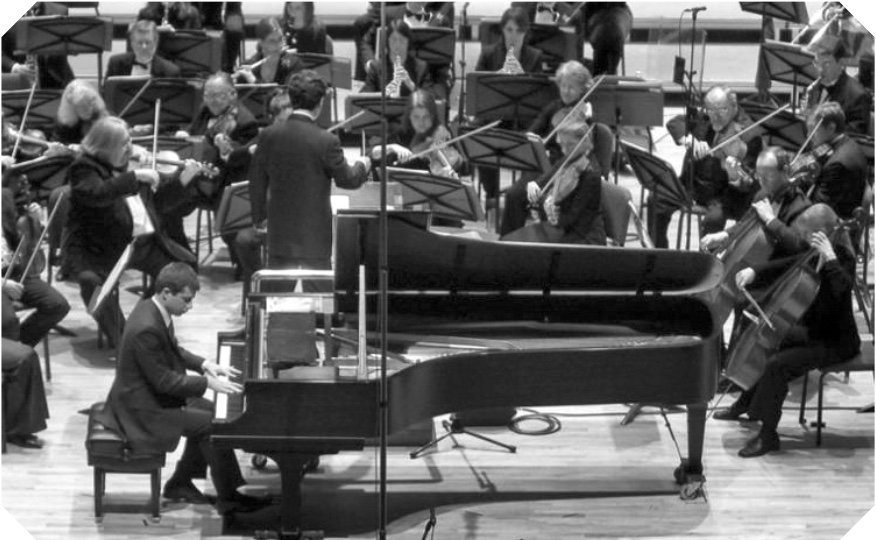 Savitski told Pete, “Don’t play the notes — just play the music.” For me, Pete was not just a candidate with a deep-rooted passion for the arts; he was a politician who understood the role the arts play in our lives, and that together the individual notes become the music — disparate elements that political leaders, like theatre directors, knit into a cohesive, sometimes rollicking, often jazzy, and, we hope, ecstatic whole. In politics, as in theatre, vision and policy require the efforts of many people to give them life and rely on specifics to ground them in truth.
continue